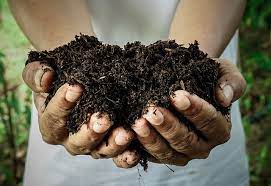 The Commissioner also pointed out that this money has been provided for 647,681 hectares of paddy lands.

He was speaking at a workshop on ‘The National Dialogue on the Progress of Organic Cultivation’ held at the Bandaranaike Memorial International Conference Hall in Colombo.

Responding to questions from farmers at the workshop held on Tuesday (30), he said that 7,000 metric tonnes of organic solid fertilizer has been produced at Agrarian Development Regional Centres countrywide. In addition, 85 machines to crush the raw material used for the production of organic solid fertilizer have been provided to the Agrarian Development Regional Centres, the Commissioner said.

He said that steps have been taken to provide raw material cutting machines and lawn mowers to all Agrarian Development Regional Centres to expedite the process of organic solid fertilizer production.

Agriculture Ministry Secretary Prof.Udith Jayasinghe said that the political authorities, the administration, the business community and the farmers should work together to make the government’s green agriculture policy a reality. The Secretary said that all these activities should be transparent.